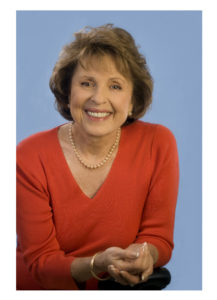 Marilyn Frazer has a Master of Arts in Professional Counseling, Advanced Specialty in Marriage and Family Counseling Ottawa University, Phoenix, Arizona. She wrote The Relationship Trap as a result of research in women’s studies. It began as a collection of case studies and grew into a book over several years. She selected these women at random, asking them if they had a relationship that didn’t work out well. Often Marilyn heard, “Oh, do I have a story for you!”

Over two hundred women participated during the four years she facilitated the group. As the women shared their stories, she found that many of them were poorly represented by their attorneys. Most of the women were living in houses they could not afford to keep, few had seen the warning signs that this would not be a good relationship, and a number of them had made the same mistake for the second time. Almost all of them were involved in bitter divorces with dim hopes of a happy future, and were looking for a job and a Realtor with a For Sale sign. Some were in a fantasy world, erroneously thinking their husbands would come to their senses and return home. Not one ever did.

By sharing their experiences, these women were able to exorcise the guilt, shame, anger and painful memories associated with the baggage from the relationship. Often, weeks or months later, they realized they were able to see certain patterns of their own behavior of which they were previously unaware. For the first time, they were finally able to look objectively at the relationship. They described how much better they were feeling about themselves, how much happier and lighter they felt after unburdening themselves. They are now stronger and wiser, having triumphed over adversity.

These women hope their stories can help you, or someone you know, find a good partner for a lasting relationship. As several women said, “If my story can help just one woman, I will be very happy.”

Marilyn Frazer is a collector of inspirational stories from all over the world. After she published When Angels Call Your Name, people began to tell her stories of amazing coincidences in their lives and soon, she began collecting more inspirational stories. Angel By Your Side is the sequel to When Angels Call Your Name, with forty five more amazing stories to enjoy.

There is the beautiful inspirational story, Stopping to Smell the Roses, a story of a Chance Meeting, an amazing story of A Killer Mint, a sweet story called Butterfly Wings, and the story of The Number 10 Bus, that occurred on a trip to London. Beautiful coincidences occur every day.